I look at them pass by. I judge and assess. I look at people fooling each other, loving each other and doing both of these at the same time. There's good and there's evil. There's truth and its flaws. There is love and then there is loss. I watch them, a denizen of the night.

Too wise for her age. A soul older than her waking years. She’d spend endless nights dispensing advice on Quora and hosting self-help and motivational podcasts. Her many admirers would fall in love with a façade. Come morning, the sun would be too high for a short, pudgy girl to look up and stare at.

Creature of the night, and purveyor of all that is wrong and right, the owl is faced with odds like no other. Jolly was not your average owl. She was the rebel who had risen against the coven. They all howled and cried foul, as a harbinger of love, light and good fortune she became.

“Owls painted on her room’s wall, an origami owl, an owl locket in her necklace, now she wants an owl tattoo! Doctor, surely her psyche is saying something.”

Before the psychiatrist could say anything, the eleven year old said, “Mom, I’m wise in English and quite a fool in Hindi, doesn’t that say it all?” 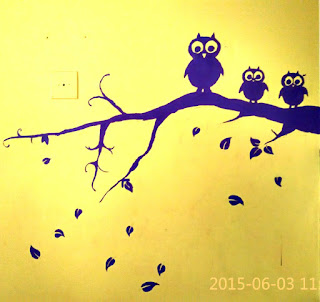 Flesh loosely hung over old bones, “Owl41” sat down, opened “ask.fm”, and asked yet another beautiful young lady if she was afraid of death. Alone in the grand old house where he had once run as a child, but that now seemed to be dying with him, neatly collating their responses nourished his threadbare existence.

Stepping into the water one last time, he knew there won't be another. Still, he cast his net. It came back empty. He couldn't stay any longer; the big yellow disk was gone. Back home, he stowed away the catch which he would sell tomorrow. He then picked his books and headed towards the school.

'An… an owl, a,e,i,o,u articles?'
'Oh yes mumma! An Owl'
I smiled. I was introduced with a new bird, An owl, lovely creature can rotate its neck 180 degrees, who stays awake at night, maybe shy? Like a newly bride with inquisitive eyes, and suddenly it turned into inauspicious.
'We’re living in Stone-Age?'

“This is Owl. You are TinyOwl, the food ordering service, right?”